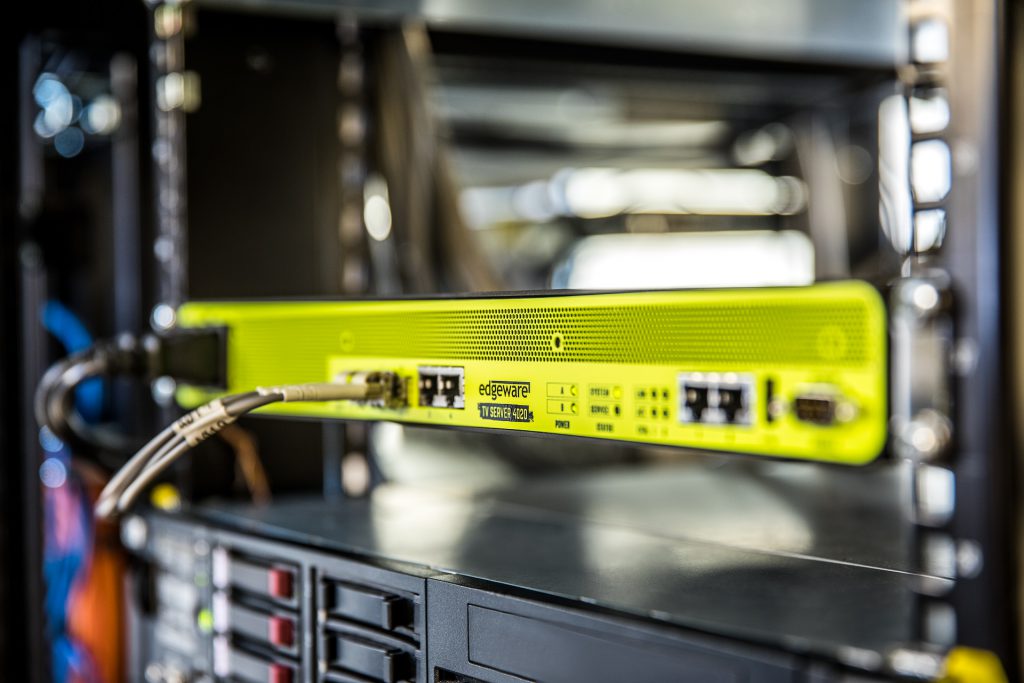 Stockholm, Sweden – November 9, 2018 – Edgeware has today announced that Televisa, Mexico’s largest cable TV operator, will expand its existing TV CDN, adding more capacity and new time-shift features to its service. The new time-shift capabilities will be deployed for more than five hundred thousand subscribers across 100 channels, enabling its viewers to pause and rewind up to three hours of TV. The expansion will also enable many viewers of its Izzi TV service to migrate from an older platform and take advantage of the new features.

“Our viewers expect the best TV service available,” said Carlos Eduardo Romero, Video and Hubs Director at Izzi. “Having the convenience and flexibility to pause and rewind live TV is another example of how online TV has moved beyond traditional TV and delivers our customers a more engaging viewing experience.”

Televisa has deployed new Edgeware TV Servers to increase its capacity, while the new time-shift features will also take advantage of existing servers that are already deployed in the Televisa network, using their cache memory as a circular buffer to store programs across many channels.

“We’re delighted to continue to grow our relationship with one of the largest TV providers in Mexico,” said Karl Thedéen, CEO at Edgeware. “This project is another example of how our existing customers continue to enhance their online TV services, adding new capacity, capabilities and enhancing their viewers’ experience.”

Televisa’s new system was delivered and implemented in Q3 2018.

Televisa is a leading media company in the Spanish-speaking world, an important cable operator in Mexico and an operator of a leading direct-to-home satellite pay television system in Mexico. Televisa distributes the content it produces through several broadcast channels in Mexico and in over 50 countries through 26 pay-tv brands, and television networks, cable operators and over-the-top or “OTT” services. In the United States, Televisa’s audiovisual content is distributed through Univision Communications Inc. (“Univision”) the leading media company serving the Hispanic market. Univision broadcasts Televisa’s audiovisual content through multiple platforms in exchange for a royalty payment. In addition, Televisa has equity and warrants which upon their exercise would represent approximately 36% on a fully-diluted, as-converted basis of the equity capital in Univision Holdings, Inc., the controlling company of Univision. Televisa’s cable business offers integrated services, including video, high-speed data and voice services to residential and commercial customers as well as managed services to domestic and international carriers through five cable Multiple System Operators in Mexico. Televisa owns a majority interest in Sky, a leading direct-to-home satellite pay television system in Mexico, operating also in the Dominican Republic and Central America. Televisa also has interests in magazine publishing and distribution, radio production and broadcasting, professional sports and live entertainment, feature-film production and distribution, and gaming.

Edgeware supplies operators and content providers with systems to deliver modern TV services over the Internet at a huge scale. Edgeware’s unique technology provides an outstanding viewing experience that allows its customers to retain control of their content. Edgeware has more than 200 customers and is headquartered in Stockholm, Sweden, with staff in 11 countries across Europe, Asia and the Americas.