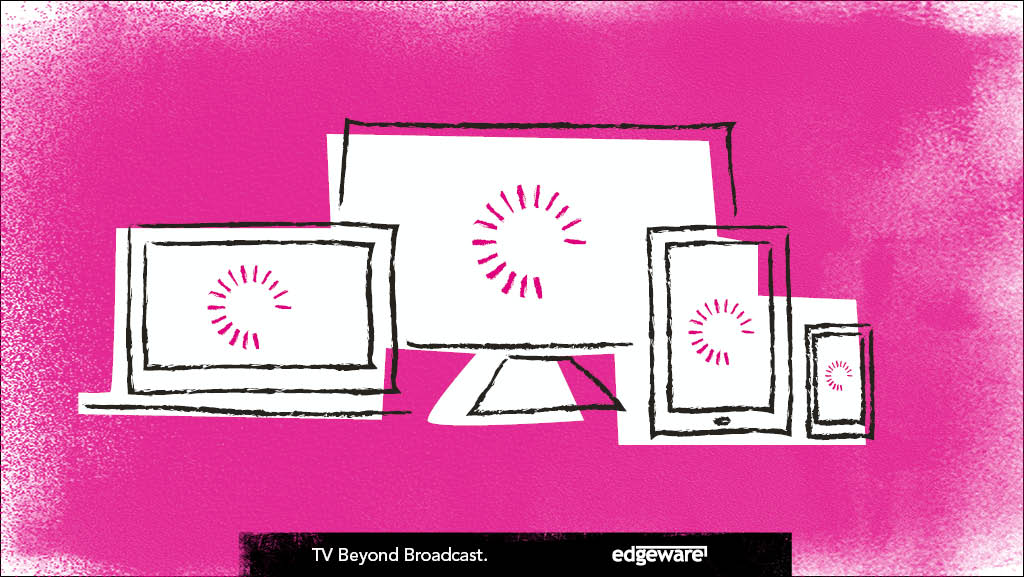 The internet has completely disrupted the TV and video market, transforming how and where we consume TV content. Central to this shift has been the symbiotic relationship between changing user behaviors and the internet’s growing capabilities. As network capacity improves, users change how they use the internet, which in turn means more investment has to go into further infrastructure development.

What’s more, the pace of change has been significant, which has placed a huge amount of pressure on the technical infrastructure – along with the streaming services that have to be able to provide a quality viewing experience.

But optimizing the quality of service on an internet-based streaming service is not about trying to control the internet. It’s about understanding the possible bottlenecks and sources of disturbances, as well as having the tools in place to solve these issues if they appear. So, we’ve taken a look at three common internet issues and how they can impact a streaming service. We will start looking at the very last – or first, depending on perspective – connection to the end device and then work our way into the network step by step.

WiFi is the default access method in a home network for mobile devices such as phones and tablets, but also laptops and various streaming devices connected to TVs. This means we can assume that a significant share of all content streaming takes place via WiFi over the last few meters.

These issues follow two quite different patterns. One involves a static throughput limitation as a consequence of radio propagation aspects, resulting in the player selecting a lower bitrate profile than would be expected from the ISP broadband subscription the WiFi router is connected to. For example, a customer who runs a broadband test from their wired desktop computer or laptop located close to the WiFi access point should get a good throughput, while the Chromecast device located between a metal TV-screen and a concrete wall will select a lower bitrate.

Another common WiFi issue is packet drops, occurring as a result of radio interference. This kind of disturbance typically appears in bursts, resulting in re-buffering since the throughput temporarily goes down as the network cannot deliver the requested bitrate. The user sees the dreaded “spinning wheel”, while the client keeps trying to relaunch the content until the “bursty” interference disappears.

There are several similarities between the streaming issues experienced via WiFi and on a mobile network, primarily because both are based on radio signals. However, the patterns of these issues can be quite different.

Mobile users can be categorized into two different use cases. The first is a “fixed” use case, but using a mobile network. This could be either a Fixed Wireless Access connection, where a home router uses a mobile network as the “last mile” connection, or a mobile device like a mobile phone. In the first case, which is rather static, we are likely to see two kinds of mobile network related issues. One is a constant throughput constraint that is evenly applied on all devices that are connected to the same router, while another involves a relatively slow-moving pattern of degrading bandwidth. This comes as a result of mobile being a shared medium, meaning the capacity of the radio cell can become congested during certain hours of the day as many users are served by the same base station. What these disturbances have in common is that they are characterized by several devices in a household, attached via the same router and hence with the same IP address, all experiencing similar issues at the same time. And in the congestion case, capacity is shared between even more users in the same network and location.

The “real” mobile use cases, i.e. those involving a user on a mobile phone, can be affected by an additional issue related to mobility. For example, when using a streaming service while commuting on a train, the radio conditions will change as the distance between the device and the base station varies (in simple terms the bandwidth decreases as the distance increases, depending on whether it is 3G/4G/5G). It will also change during handovers from a less congested to a more congested base station, or even from a 4G to a 3G network.

These challenges, typically resulting in varying bandwidth and an increase or decrease in bitrate, follow a faster pattern than the static congestion related to “time-of-day” variation. They are also relatively unique to each specific user, rather than occurring as a shared pattern for several devices.

The internet functions as many different networks that are connected to each other. There are different ways to connect, such as via a best effort internet exchange, via a transit provider or via peering. Video streams are typically delivered via a CDN, and the most common way for a CDN to connect to an ISP (especially larger ISPs) is via peering.

Peering capacity is a scarce resource, often associated with both commercial and political interests, with the result that streaming from one CDN in to an ISP via a peering interface sometimes maxes out. There are a few typical indicators that this is the root cause of a problem. To start with, it typically impacts all users in an ISP being served be the same CDN. It also tends to follow a certain pattern – such as happening at the same time every day or week, or in line with a specific event like a big football game or an iOS update.

Since peering is an agreement between two parties – and in the case of video streaming, between a CDN and an ISP – one way of figuring out if the problem is peering related is to check the streaming from the same CDN to other ISPs, or the streaming from another CDN to the same ISP. And, if you have the capabilities, it’s also worth checking how the situation changes if you switch the allocation of streaming from different CDNs.

These are just some of the challenges that service providers and network operators are coming up against in today’s rapidly evolving world of content streaming. When it comes to quality of service, broadcasters and OTT providers have a lot to think about.

Learn more about how different parts of the internet infrastructure can impact a streaming service, how problems can be diagnosed and what can be done to mitigate a quality of service issue by booking a virtual demo with us here. During the demo, our team of experts will run through our latest technology StreamPilot and demonstrate how it can help you optimize your TV services.