OTT Sports: Why taking video beyond broadcast is the best route for sports federations, leagues and teams to engage with fans 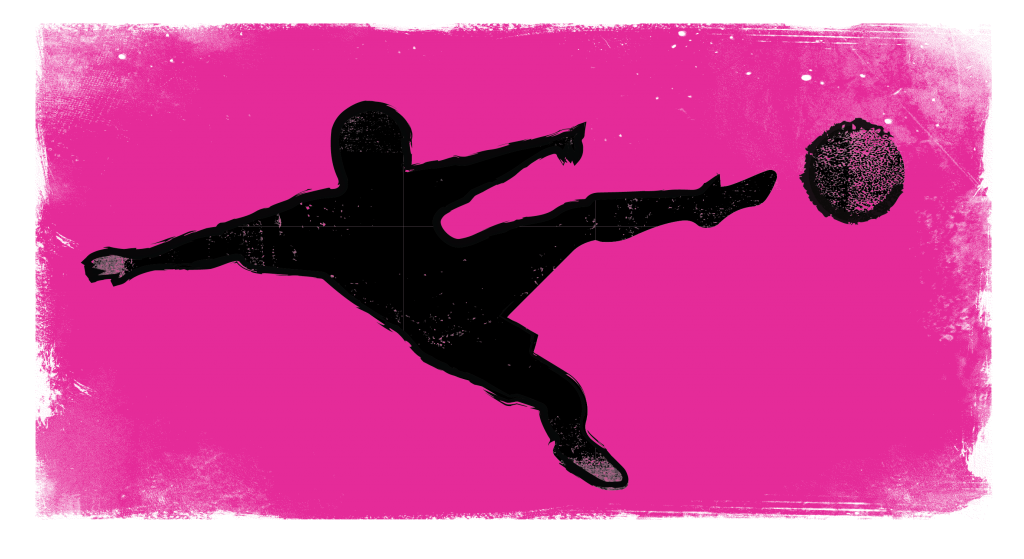 Sport is different to business. As tech billionaire and sports team owner Mark Cuban once said: “No city ever threw a ticker-tape parade for Microsoft. All cities throw parades for NBA champions.” Sport goes deeper because it matters more to people. Apple users may one day switch to Android, no matter how loyal they claim to be. But in sport, loyalty is king. It provides escapism, hope, a reason to dream.

Fans of Premier League side Watford FC recently unfurled a giant banner when they played Leicester City. This was shortly after the much-loved Leicester owner’s tragic death. It read: “Thank you Vichai for allowing us all to dream. Rest in peace.” This was in response to the hope and joy that they’d found in Leicester’s fairy tale 2015/16 title win. It showed them that anything was possible. And one day it could happen to them. There’s countless more examples of the passion and emotion that sport can elicit in even the coldest hearts.

This is why sport is such big business these days. The commercially-savvy have found ways to monetise this unconditional love. It started out with the half-time pie and a pint, before moving on to selling replica jerseys. Now Manchester United has 50 official sponsors and Golden State Warriors sell season tickets that don’t even have a view of the court.

It’s not only in the stadium and club megastores where fans are splashing the cash. Many pay a premium to watch games live on television. This has of course made TV rights big business. Media companies, telcos and even tech giants are all fighting for their piece of the action. But paying through the nose to show premium content means there’s little budget left to use elsewhere. So other leagues and sports can miss out. Not only on the income, but also the precious exposure that TV coverage brings.

It doesn’t have to be this way. The proliferation of smart TVs, tablets and smartphones makes audiences easier to reach. As viewers become more connected, they also become pickier. Why watch what a scheduler wants at the time they schedule it? Instead, they can create their own playlist and watch it whenever’s convenient.

A new world of opportunity

With a global audience out there looking for quality video content, it’s time to think big. For sports federations, leagues and teams, there’s now opportunities away from broadcasters.

Going ‘over-the-top’ with your content cuts out the middle man. A dedicated app lets users access and watch original programming. And because it’s online, it can actually go ‘beyond broadcast’ quality. This means that new advanced formats like 4K, HDR and AR are easier to deliver than via cable or satellite. The audience is actually getting a better viewing experience. And there are many examples that show people will pay extra for a better service. There’s no need to let schedules, budgets for rights or creative differences get in the way. You show what you want, when you want. You control the production, the presentation of your property and the timing.

And you can provide something nobody else can; insider access. Fans crave a peak behind the curtain. They want to get to know the players, peak into the training ground and see inside the changing room. Even if you can’t show the games, there’s a lot of other exclusive content that only you can deliver. The beauty of this approach is that you can keep people engaged every day. They’re not only tuning in on matchdays to get their fix.

So, what’s needed to deliver a service like this to fans? Besides desirable content, you also need a way of transporting video to viewers. You can’t rely on the internet alone, so step forward the content delivery network or CDN. These are large distributed networks of servers. They’re either public and operated by a service provider, or private and built for a single user. And they could be more affordable and beneficial than you think.

Here’s what you need to know:

Public CDNs operate a pay-as-you-go model, where you share capacity with other users. Although cheaper to set-up, running costs can soon add up. Especially when transporting higher resolution formats. There can also be issues with performance, particularly when the network is busy.

Private networks need an initial CAPEX to set-up. Once operational, the owner has complete control. This means they can guarantee performance, ensuring there are no annoying delays. And they are free to deliver content in whatever quality.

CDNs present users with major operational benefits that traditional TV can’t. Valuable data on the user is easy to capture and access. This data is far more accurate than the clunky method traditionally used to calculate TV audiences. Service providers can learn what subscribers watch, when they watch it and where. This valuable intel helps to personalise the service. Like a Netflix or BBC iPlayer, the more it understands, the better the relationship with its user.

By going direct to the audience, it’s also possible to deliver personalized adverts. This is because of the viewing information gathered. Advertisers or sponsors can target individual users with things they’ve shown an interest in. This means they’re more likely to watch the ads which is good for both the service provider and the advertisers. And with the data collected, more can be learnt about how the ads have performed. This can help shape future campaigns and attract business.

A common concern with OTT TV and IPTV is the delay. Live OTT sports and online video latency haven’t been the best of friends. There’s often a considerable lag between a broadcast and a live stream. This can result in spoilers, either from nearby cheering or on social media. As technology has evolved, so has the ability to reduce these delays. By owning a network, you control the traffic on it. You can improve latency and guarantee performance. The deployment of intelligent processes can also predict demand for big events and respond. For example, it can oversee the sharing of popular content across a wider range of servers. This increases the available capacity of the service and reduces bottlenecks.

Protecting your content from digital piracy must also be at the forefront of your mind. It’s no longer only online streams that are susceptible to theft. Hackers have demonstrated they can now steal entire TV networks. And with increased image quality, even a compressed feed is far more watchable than it once was. This makes it more tempting to the casual viewer. Defending valuable content from digital piracy has been a major challenge. Certain techniques have helped somewhat, but they’re a sticking plaster. Once breached, these tools are almost worthless. The emergence of forensic watermarking is having a big impact though. It places a unique visual code into the video stream. This is invisible to the viewer, but is traceable to each individual user. It’s also robust enough to withstand video transformations such as recompression and cropping. So even if someone tries to circumvent it, it’s very unlikely they succeed.

The beauty of being a rights owner or team is that they have an unparalleled level of access. They can show things that nobody else can, and fans will pay a premium for it. Being able to go direct to the passionate audience through OTT TV or IPTV is a game-changer. It opens up new opportunities and removes the reliance on broadcasters. You can reach more people, engage with them, and deliver a personalised OTT sports service. You can present yourself the way you want people to view you.

While the possibilities are huge, it’s also a complex business with no room for error. This is why it’s so important to have a clear idea of what you want to achieve. Understand the technology; its strengths, weaknesses and the associated costs. The cheapest may not be the most suitable and the most expensive may be overkill.  Defining the delivery method must be central to your planning. Because no matter how good your content is, people won’t put up with a bad viewing experience. And with so much competition out there already, you can’t afford to be left behind. It’s time to go beyond broadcast and deliver a service fit for the future.

Whitepaper: Low latency TV – Faster than the speed of a Tweet